I have always loved the holidays! As we lived in New Jersey, my parents made a tradition of going into New York City and seeing the Rockettes at Radio City Music Hall and the Rockefeller Square Christmas tree. It was perfect!! We also made handmade gifts – ties, tablecloths, napkins, and bathrobes to name a few.

“Gifts of the Heart” were really important. The other thing we did was volunteer time at the hospital to make the patients happy. My mother still does this. She is amazing!!

Moving to Florida changed things a little as it was so warm and my family was in New Jersey.  I made new friends and started a tradition of baking cookies. I baked Christmas cookies for my accounts for 21 years. They loved them!! Still baking cookies with friends and loving it!

My message to everyone is that the holidays are joyful. We should count all our blessings and make the most of who we are and what we have. A beautiful gift is a gift of the heart! Gifts of beauty and luxury are always special but showing love comes in many ways and sometimes it’s just giving someone your time or inviting someone for tea.

Sharing time with your friends and loved ones is a gift to yourself.

Patricia tells us about the overall brand story and her niche fragrances. Learn how it all began and some insight behind each fragrance. 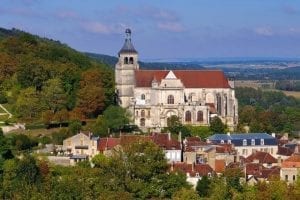 Customer Service
Email Customer ServicePrivacy PolicyTerms and ConditionsBlogger ProgramReport an Issue
Our Company
About UsBrand StoryNewsContact Us
© 2023 Rossignol 1634. All Rights Reserved.
Rossignol 1634®, the Crest and the Red Dress are registered trademarks
Website is proudly designed by
Phoenix3 Marketing
0